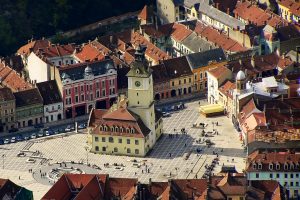 Set right under the mountains, Old Brasov is a charming town, which is becoming more and more popular with tourists. It has everything you’d need on a break with many restaurants, bars and cafés. Although this town has become more westernised over the years, it still retains its traditional community feel and you’re guaranteed to feel at ease and cosy here. The surrounding areas of Brasov are well worth seeing too, with our Camp Romania Bran being nearby. 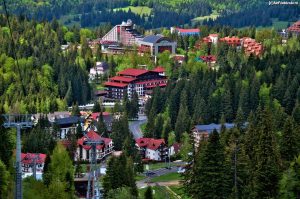 Known by some as the “New Brasov” this smaller town can feel more like a resort. It sits at the foot of the amazing Mount Postavaru and you’ll find skiers here from December to March. Again, like Brasov proper, it has all the conveniences you’d need to have a good time. You may even find cable car and gondola different modes of transport up here. 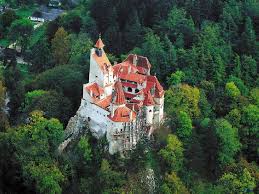 In the relatively small town of Bran where our Camp Romania Summer Office lies, one finds the Transylvania’s Number One tourist attraction, Bran Castle. On many maps and guides to Romania it will often be named “Dracula’s Castle”. Even still, any romantic notions of Bram Stoker’s classic setting would be fulfilled by the castle’s beautiful gothic fairy-tale ideal. Bran is also an ideal location for walks up into the nearby Bucegi Mountains. 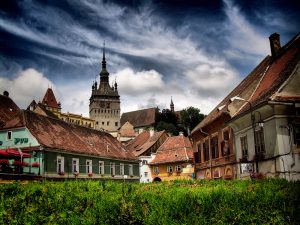 Is really one open air museum; as a town it was mentioned in 1280 under the denomination of the “Castrum Six” (the fortress number six). “The Transylvanian Pearl”, as it is called, this fortress is admired by tourists from all over the world. The old town, or Citadel, dominates the newest quarters from a rocky massif whose slopes support a jumble of ancient, leaning houses, their windows overlooking the steps leading up from Hermann Oberth Plaza to the main gateway. Some of the houses from the old part of the town are still inhabited, Sighisoara being the oldest still inhabited in the fewest cities of this kind in Europe. And also this was the birthplace of Vlad Tepes, “The Impaler” – the man known to so many as Dracula. 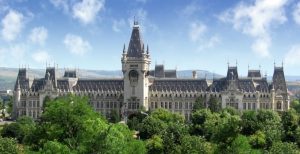 Another of Romania’s large cities, and the cultural capital of Moldavia, Iasi has everything. Piata Unirii is the very heart of the city, leading off to many of the beautiful attractions. Popular places to visit include the Church of the Three Hierarchs and the gigantic Palace of Culture. Most importantly however, Iasi is home to the DAD International UK Romania Head Offices! 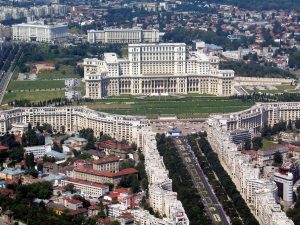 There’s so much to say about Romania’s wonderful capital. Rich in history, yet modern and cosmopolitan, this city was originally founded by the princes of Wallachia and run by the Turkish until Romania declared its independence in the late nineteenth century. Parts of the main city were remodelled and designed by French architects and became known as the Paris of the East. Since then though Romanian’s have claimed it rightfully as their own, and made vast improvements.

It’s an interesting city with much to see and do. Historical buildings and artifacts can be found everywhere you turn, and its main Piata (Plaza) are common meeting places for the young and old alike. Places of interest include the Centru Civic, Palace of Parliament, Village Museum and National History Museum. The Bucuresti Mall is a recent addition to the city’s attractions with many people flocking to its restaurants, shops and multiplex cinema. Everything you’d expect to find in any western mall. Various themed pubs, bars and restaurants could make any visiting foreigner feel right at home. 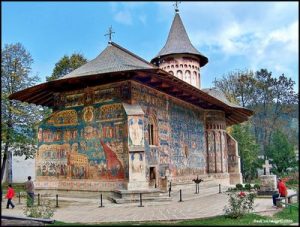 Usually open between 9:00am and 5:00pm (8:00pm in summer months) this selection of Monasteries is quintessentially Romanian. With Putna Monastery boasting an impressive statue of Mihai Eminescu, the national poet; Sucevita, the monument to Ieremia Movila and the biggest there is; the wonderful frescoes of Moldovita Monastery; not to mention the beautiful Monasteries of Voronet and Humor. Every Painted Monastery has something unique to offer, but all stand out as being one the most fascinating sights in Romania. 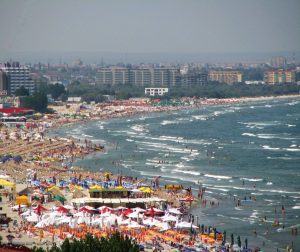 The ideal seaside resort of Romania. At Romania’s main port you might find yourself sunbathing on one of its many beaches or swimming in the Black Sea. You’re likely to find more tourists here in the summer, but that isn’t surprising seeing as this area of the country is relaxed and languid. With commercial, tourist and traditional districts the town has many of restaurants and is full of entertaining sights and places to visit. Nearby Mamaia is well worth a visit too. 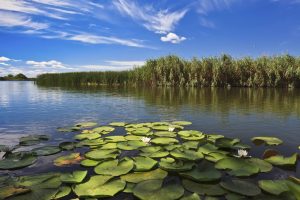 From spring until late autumn, when the first snow start falling, the Danube Delta boasts one of the most sumptuous shows of nature. Channels bordered by willows and oaks and thick woods attract every year thousands of birds, some of which come from China or Egypt. The peak season for bird-watching is from May to June. Around this time come colonies of Egyptian white pelicans, and flocks of arctic geese fleeing the winters of Northern Europe.

The richness of the Delta plumbs the very depth of the water, so that even the most unlucky fisherman comes back home with a full basket. The only problem is deciding what you should cook first for dinner: the catfish or the pike perch or one of the numerous types of sturgeon. Caviar also holds an important place on the menu… One of the most isolated corners from the old European continent, the Danube Delta is a land where, more than in any other part of the world, people had to learn to overcome the whims of nature. Its main towns are Tulcea, Sulina and Sfântu Gheorghe.

Located 279 km away from Bucharest, Tulcea is the most important town-port to the Danube Mouths, with a history of over 2,600 years. Terrible figures such as Alexander the Great and King Darius have marked the story of this place over time. The life of the town is closely related to all aspects of the river: there are more boats than cars and no dish without fish. The Art museum itself reflects the same fact. Sulina is famous for its 200-year-old lighthouse and free port, while Sfântu Gheorghe, where the Danube flows again into the sea, is the favourite destination of those eager to experience rural tourism. 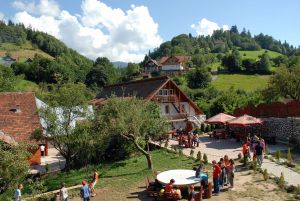 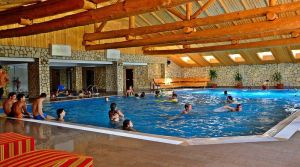 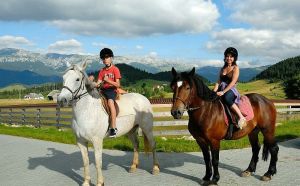 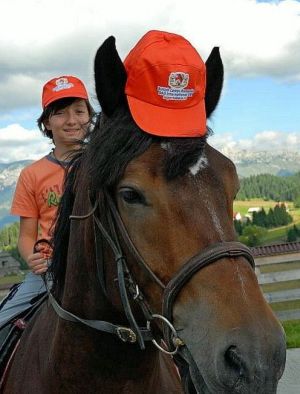